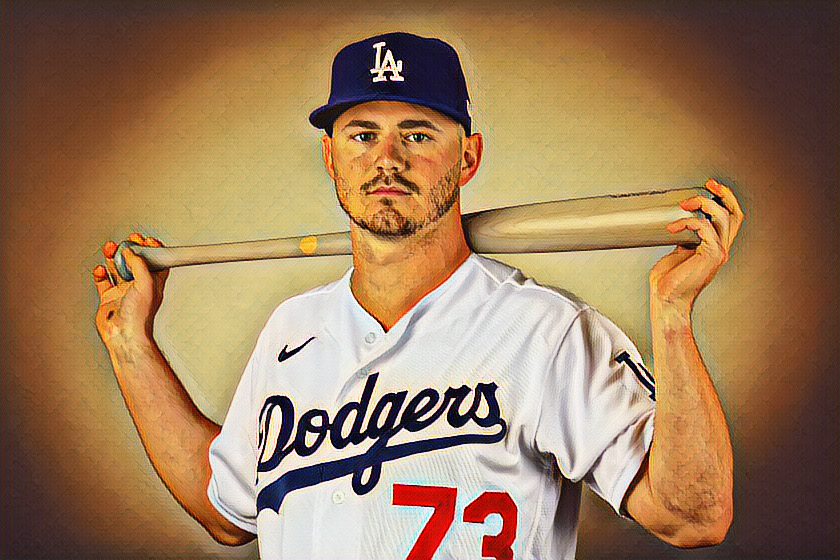 McKinstry is much better than an average hitter from the looks of it. He’s only 25 and still has time to grow and thrive. In his brief 7 MLB at bats he still managed a single and a double for a .286 AVG. But more telling is his now .366 average in his spring training career. It’s not the Show, but it’s as close as it gets to the real thing.

McKinstry seems to be a plus runner. We couldn’t find his sprint speed on statcast but what we’ve seen so far shows that Zach can grab the extra bag when he needs to. If he can learn to read pitchers well, it’s even possible he can be a double digit bag stealer in the future. However, don’t expect much extra production out of McKinstry’s legs.

We upgraded McKinstry as a fielder because it seems he’s going from mostly a middle infielder to a super utility player. He’s already been announced as a backup for just about every field position there is. So that being said, we are giving him a 60 grade not because he necessarily provides gold glove defense anywhere, but rather because he now grades as a super utility player. That kind of versatility is very important to us with how Roberts run the club and thee lack of DH this year.

To us the average ball player can hit 10 to 15 homers in a year. To us that is most likely where McKinstry will lie unless he eats whatever they’re feeding Edwin Rios. He surprised in 2019 with 19 HR when he only had 11 in his first 3 seasons. We think this isn’t a coincidence but a factor of McKinstry reaching full maturity. He’s only 6 feet, 180 pounds, so again, don’t expect 25+ homers, but do watch his double count on the year. We see similarities to Corey Seager who used to be a double machine.

The arm is part of the reason McKinstry is able to play all over the field. It’s strong, and accurate. He may not be a statcast phenom, but don’t underestimate his strength.

We think Zach McKinstry is the Dodgers best chance at adding another ROY to the record books. We see a pathway to 400+ at bats for the heavily talked about rookie. We think he can realistically slash somewhere around .285/.375/.450 while going 10 and 10 in SB and HR in 2021. We think that he’s already locked in to the Kike role and is the reason they let him go to Boston.

We’re very high on McKinstry. We think he’s around for a while and the Dodgers are going to feel confident to make a big mid-season acquisition with some prospects because they believer McKinstry is an everyday player for the foreseeable future. If we could compare him to any current major leaguer, it would have to be the Met’s Jeff McNeil.

May, Price, or Gonsolin?