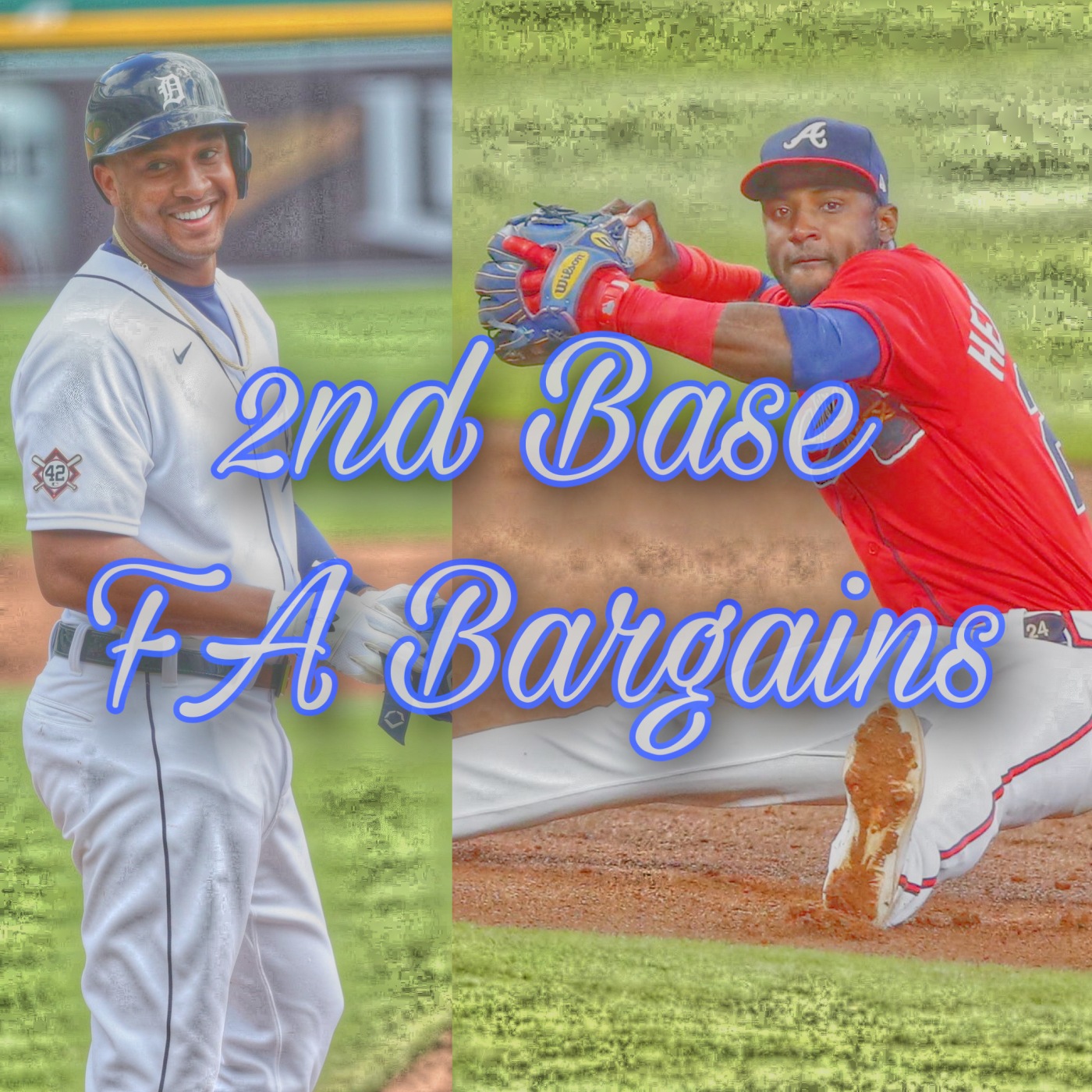 Everyone is aware of the elite tier of free agents this year like Bauer, LeMahieu, or Springer. Or the Top Trade targets of Lindor, Bryant, and Arenado.

But rarely do the biggest signings make the most impact. 1 man can not win for 24 others. Mookie may have been the final piece for a finally satisfied Dodger’s organization, but he had 39 guys behind him who were just as crucial.

The true winning happens with the under the radar signings. Last year it was Blake Treinen for the Dodgers. Marcell Ozuna and d’Arnaud for the Braves. Gausman for the Giants. DJ LeMahieu was under the radar a couple years ago. The list of lower tier/upside talent that produces at an elite level after a signing grows every year.

So we made a full roster, (40 guys) of under the radar Free agents to watch this winter. Join us as we break it down position by position starting today with a couple of catchers. We are calling our shots on next year’s under the radar producers and who they’ll sign with.

DJ LeMahieu may be the top bat in the entire Free Agent market, and he’s primarily a second baseman. He is no doubt going to be a game changer for whatever team he signs with, but it will be quite pricy. After him, teams will look towards Kolten Wong, Jonathan Villar, and Tommy La Stella. But we have 2 guys who can also be game changers at second, and at a much more reasonable value.

First off is the 6th ranked free agent second baseman by value, Schoop. At 6’1″ 225, Schoop won’t turn 30 until next October. And a career mostly in a forever struggling Baltimore has lead to him flying under the radar his entire career.

He’s been mostly average at the plate with a career line of .259/.297/.450, but he has always returned positive value, averaging a little over 1 WAR per season.

His worst season was his rookie year where he slashed a pitiful .209/.244/.354 for a wRC+ of 64, or 36% below average. Still he produced 0.4 WAR that season by having his best defensive season of his career. It seems that Schoop is the type of player who always finds a way to help his team win more.

However, we will note that statcast had him as a very lucky hitter last year. According to his batted ball profile he should’ve hit closer to .244/.334/.383. But they also have his expected career numbers below his actual career numbers. Some guys just always seem to outperform their expected stats (i.e. Javier Baez)

But Schoop is the youngest second baseman left in the market. He just had a record setting pace season. The second basemen market is saturated. He’s one of the few that can hit 30 homers in his best years.

His biggest weakness comes from his awful career on base percentage. You can pretty much assume Schoop will hit somewhere in the realm of .250/.325/.450 for you while giving you above average defense.

But if a team can teach Schoop even just a little more patience, he goes from a relatively average bat, to a top 10 second baseman in the league. MLB average last year for wOBA was .335. Schoop was at .334 in 2020 and had his best season ever proportionally. The only time his wOBA was above that .335 mark, was in 2017 with a .355. Reminder that he OPS’d .841 that year.

If a hitting coach can unlock Schoop’s patience, they may get the biggest scoop (pun intended) of the offseason. But even if they don’t, Schoop is still a plus option for half of the league at 2nd.

At his best, a team may get an all-star who slashes around .275/.350/.500 with 30 bombs next year. At his worst, a team will get a platoon/bench player that will hit around .230/.300/.400. To us, this relatively average floor, with high upside, for almost no money, screams Oakland A’s to us. They have a hole at second and La Stella is likely to sign elsewhere for more money.

Adeiny has 9 seasons and 8 different clubhouses on his resume. He turns only 32 around the beginning of next season. He’s a career .253/.291/.351 hitter, but his splits stand out to us.

So we’ll look more to his 2019 season for a baseline of where he’s at. He played 2nd, 3rd, and Short. And again his production against lefties shine. He produced a wRC+ of 124 against LHP vs 85 against RHP.

So we argue that Hechavvaria, isn’t a starter anymore. He’s best used as a lefty specialist with defensive versatility. His split performances are true across the board, and throughout his career so far. He has the defensive versatility to fill in across the infield (minus 1st), and is the perfect fill in for any team looking to up their stats against lefties.

And much like Schoop, Hechavvaria could take his game to the next level with more patience. His career OBP jumps 40 points when it’s just lefties. But if he can add 20 more points to that in a platoon role, all of a sudden, he becomes a lefty killer for any team’s lower half of the lineup.

He won’t carry a team to any championships, but he’s exactly the kind of role player a lot of teams need. And with the likely departure of Kike Hernandez, and possibly Justin Turner from the Dodgers, they lost some of their righty versatility.

Right now the projected starters are like lefty Edwin Rios and lefty Gavin Lux who struggled in his rookie campaign to the point of being left out of the playoffs. As for Short and 1st, they’re also currently occupied by lefties. (Seager and Muncy)

So we see Hechavvaria as a perfect fit for a Friedman Darling signing. He will be much cheaper than resigning Kiké and helps bridge the gap for the next wave of Dodger infielders like Lux and Hoese.

As a lefty platoon specialist, you can expect anywhere from a .700 to .900 OPS. At worst, he’ll be about league average, but the upside is far greater than the downside. Classic low risk high reward. His best comparison would probably be Kike Hernandez.

Prediction: We see Adeiny signing for 1 to 2 years with LA for $1 to $3 million.

May, Price, or Gonsolin?