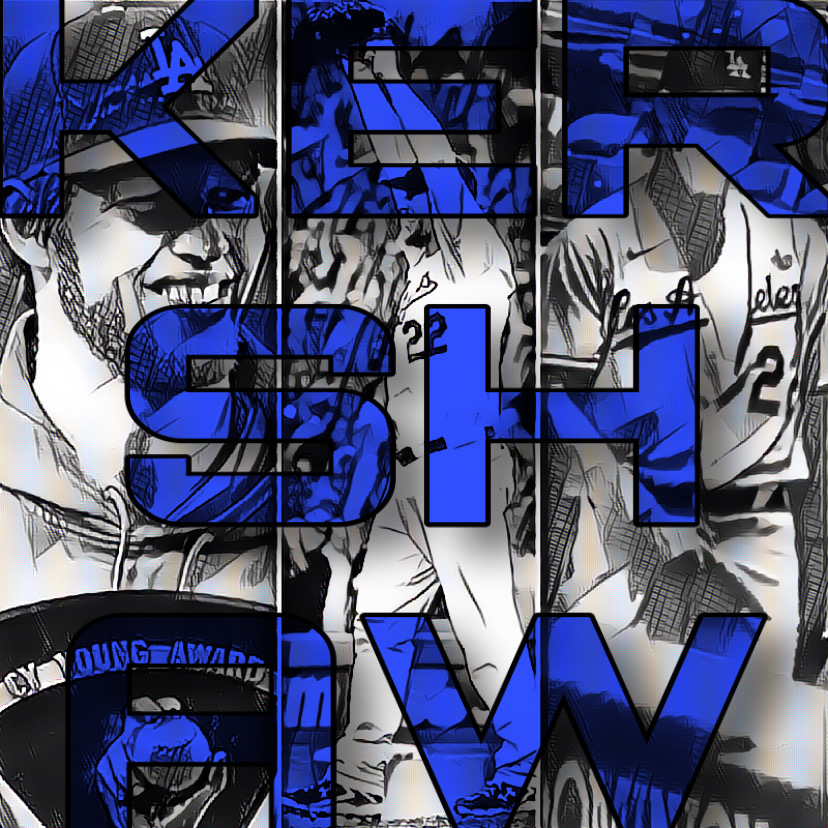 He’s 2 for 4 in Quality starts and missed his 3rd by one out because it was his first start of the year with a strict pitch limit. His only blemish was the start after that against the Giants, who took him deep 3 times for 4 runs in 4.1 IP.

He started late so the odds are against him, but Kershaw is back. After a trip to driveline Kershaw has been able to tick back on a decent amount of velocity, and with it came much better stats. He’s a game from qualifying but he would lead the Dodger’s in just about every important stat (minus Tony Gonsolin who also doesn’t qualify).

Which unfortunately happens on a third of Kershaw’s fly balls this year (38.5% of the time). He actually leads the league in this unlucky stats.

But on the positive side again, Kershaw is having a career year in Ground Ball % for 61.4% of batters. That’s actually 4th best among pitchers with at least 20 IP this year. His expected FIP is third behind only Bieber and Nola.

He’s using his slider as his dominant pitch this year with a slight edge over his fastball.

He’s only using the curve about 18% of the time, but man is it looking good. And he always has the change in the his back pocket, though he only threw 16 last year and 2 so far this year.

He’s upped his velocity on all of his pitches from last year by about 1 MPH. His slider saw a gain from 86.9 MPH to 87.7 MPH and his fastball is now averaging 91.8 MPH vs 90.3 MPH. His curve stayed relatively the same though which means Kershaw’s speed range on his arsenal expanded.

What’s interesting though is even with the increase in velocity, Kershaw’s spin rates have stayed about the same, granted he was never lacking there. His fastball spin rate is in the 84th percentile.

He isn’t in the award conversation yet due to his late start, but if he keeps it up he will be.

He’s in the race with Trevor Bauer, Max Fried, Yu Darvish, Dinelson Lamet, Jacob DeGrom, Aaron Nola, Sonny Gray, and likely a few more as pitchers begin to trend up and down after every start in this short season.

What Can Kershaw Do?

Well obviously, keep it up. But he’s got a lot of ground to make up and only half a season to do it (5 to 6 starts).

And anyone else competing for the Cy Young will most likely be pitching 6+ quality innings most of their outings as well. So we have 3 keys for Kershaw to join the Cy Young conversation.

He’s only pitched 24 innings compared to the 36.2 IP from fellow candidate Sonny Gray. Lamet has 33.1 IP. Yu has 30. And even though Fried and Degrom having 29 and 28 respectively sounds close, that means he’s still a start behind them in innings.

This would mean he would need to average 2 more IP per game just to catch up to Sonny Gray by the end of the season. That would mean going into the 8th of every remaining game. But he doesn’t need to lead in IP. His MVP year was even a shortened year at 27 starts in a time where Kershaw had 33 for 3 years in a row.

So clearly the difference in at bats change dramatically after Kershaw’s first pitch.

Which leads to the last thing Kershaw needs to do.

Luckily for Kershaw he’s only given up solo shots so far, but that also goes back to him being so good about throwing 1st pitch strikes to keep the batters off the bases.

He can allow more baserunners if it means less homers. His WHIP will go up but overall his ERA will come down with the way he is pitching. Between the strikeouts and ground ball rates going up, a decrease in fly balls could turn Kershaw into a monster we’ve never seen before which is crazy to think about.

One thought on “Kershaw: Cy not so Young Candidate”